In one day, the "greenest Government in history" has dealt two rapid and massive blows to the environmental cause in Britain.

First, it was announced that Government Ministers are set to approve the process of "fracking" (or hydraulic fracturing) for shale gas across the entire UK mainland. This exceedingly environmentally damaging and even dangerous process (it has been linked to causing two recent earthquakes in the Blackpool area) involves pumping water underground to force the gas out. It is dirty, energy-hungry and will leave a poisoned legacy for centuries in the places it occurs - as shown in the American documentary, "Gasland". It also, obviously, does nothing to advance the development of clean-energy alternatives in the UK. 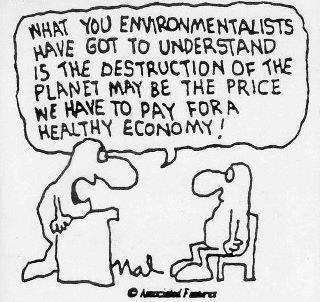 And then came the news that the Con Dem Government's flagship "green deal" policy (the title and some of the concept were stolen from the Green Party manifesto during the last general election, except the scheme as it stands is far more limited than the Green New Deal proposed by the Greens) received a blow. Heeding the calls of the climate change Flat Earthers on the Tory backbenches, as well as some Ministers like Eric Pickles, Prime Minister David Cameron has dropped the element in the scheme which required people building extensions to their homes to have to insulate their properties at the same time. This significantly reduces the effect of any improvements in energy efficiency - Britain could save almost 40% of its energy use if it insulated properties properly, as well as creating tens of thousands of new jobs in the process. But that is now gone.

The green fig leaf covering the naked hypocrisy of the Tories on climate change has finally been blown away. The Tories, we should bear in mind, were the party that to a candidate failed to support Greenpeace at the last election in its call for action on global warming and many surveys at the time showed the Tories to be massively more sceptical about climate change than any other party bar their country cousins in UKIP. Needless to say, the Lib Dems remain as about effective as a chocolate teapot, especially now that their Environment Secretary Chris Huhne has resigned to await trial for alleged perverting of the course of justice relating to a driving offence.

And so as we face massive drought across the south and east of England, with warnings of it continuing for up to 18 months, and with last year the warmest in history in spite of near record breaking cold during the winter of 2010/11, our political masters remain as complacent as ever, modern Neros fiddling while Rome burns. Their eyes fixed on the next share dividend, the Tories grunt that we can't afford green action on climate change. But as our world slowly goes to hell in a handcart, perhaps its the Tories and their allies we can't afford.