In the Land of Nod - Book Review 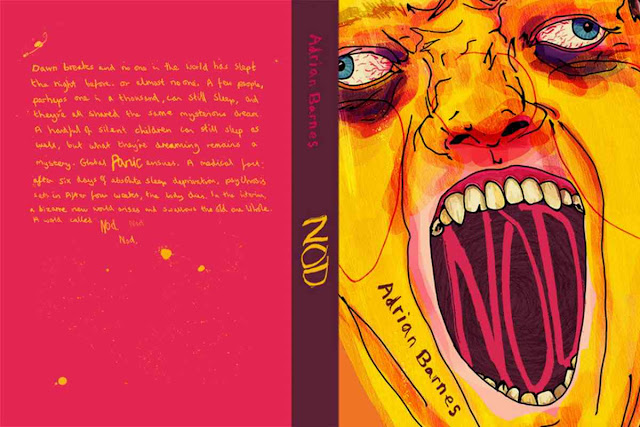 In these difficult, anxious days, you might imagine an epidemic of insomnia, but somehow even the depths of any Backstop nightmare wouldn't compare to the premise of "Nod" a 2016 novel by Adrian Barnes published from Hebden Bridge in Yorkshire, of all places. It is one of the most imposing reads I have had for a while. It is dystopian sci fi at its best.

Set in Vancouver, the central premise is that one morning, nearly everyone in the world faces the rising sun having been unable to sleep all night - and over the next day or two, it becomes obvious to an increasingly panicky human race that they are unlikely to ever sleep again. In spite of this mandatory insomnia, the effects of sleeplessness ravage their bodies and over the first week, an increasingly disoriented society crumbles into despair and the apocryphal beliefs for which such times offer fertile soil. Paul, the protagonist, is a writer whose discarded manuscript of a short story about a world where no one can sleep is secretly kept by a somewhat anti-social casual acquaintance, who disseminates it to the despairing as a prophetic bible. In turn, Paul is forced into the role of a somewhat reluctant and disbelieving Messiah to an increasingly unpredictable cult. Headed by the self-titled Blue Admiral, its followers search every moment for an explanation, however bizarre, for what is happening to them, and, equally, for the assumed meaning of it all.

Paul, ironically, can still sleep - as can a handful of others he encounters, all of whom have had the same powerful dream as he has experienced each time he slumbers. Similarly, a number of suddenly mute children still sleep and hide in the forests of British Columbia as the suspicious Awakened alternately fear and blame them for their plight. The blood of Sleepers becomes prized as a possible source of a cure and Paul has to tred an increasingly impossible path between outcast and saviour. 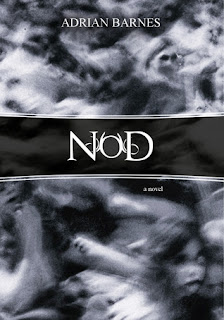 It is beautifully written - both from the perspective of Paul as his partner withers in front of his eyes from her inability to sleep and as the paper thin social conventions of civilisation are torn in a hundred different ways each day. So also it explores the dreamier perspective of a world view dulled and giddied by its increasingly certain demise. Humans' need for purpose and reason, if only to avoid staring at the void of ultimate meaninglessness, is explored in the cult's constant, desperate search for resolution, as well as an ever growing willingness to redefine reality in search of any chance, any possible hope, even when it is so clearly hopeless. Visually striking too are the descriptions of the city landscape and the physical transformation of streets, buildings and, above all, people.

It could be a parable for our times - and the character ruminates on how people have previously denied climate change rather than face its existential threat; and how, ironically, that threat may now be removed by humanity's pending demise. The Awakened, however, do not die quietly - they kick ever more aggressively against reality, seeking solace in a round of activities and the reassuring speeches demanded of Paul by his sometime jailer/ sometime confidante, the Blue Admiral.

It would be interesting to see a film of this - if it was faithful to the book, there would be a plethora of wonderfully surreal characters and scenes to bring to life; and you'd be fairly sure to not doze off mid-tale.