The Return of Mister Sleaze


He's back. But did he really ever go away?

Channel 4 TV has this evening shown footage of its reporters posing as fake Chinese business people seeking to hire former Foreign Secretaries Jack Straw (Labour) and Malcolm Rifkind (Tory) to assist them in pushing their equally fake business activities. While Straw does at least talk about his work as an MP being his priority, he still names a price of £5,000 per day, which is apparently this once firebrand leftist's normal going rate when he is doing things outside Parliament.

Bad enough, but it is Rifkind who is by far the more unashamed - believing his visitors to be two young Chinese women working for their uncle's business, he tells them he is apparently self-employed with lots of time on his hands. No one pays him, apparently. Presumably the £67,000 MP's salary he gets is just some pocket money. Rather, he looks for fees of up to £8,000 and apparently will happily seek the "views" of senior officials and Government Ministers.

Rifkind's defence when he was outed by the programme was that he was not an MP-for-hire - rather it was his status as an ex-Minister that makes him such a catch for the corporates, somehow an apparently better prospect. And then later, in a new tack, he argued that it is natural for MPs to sell their services like this because it is "unrealistic" for them to manage on a mere £67,000 p.a. plus expenses.

So these two elder "statesmen" have been suspended from their parties and have reported themselves to the parliamentary standards committee, still proclaiming their righteousness.

We were told after the expenses scandals of 2008/9 that the system had been reformed so that the sleaze that permeated Westminster politics at the time would be swept away. But was it? While some, though far from all, of the most ludicrous expense claims, such as for duck houses and massage chairs, were done away with and some accounting was done over "second homes" for MPs, there remains little in the way of external scrutiny.

But perhaps most unreformed of all has been the idea that it is ok for MPs to hold directorships and other jobs. Just a couple of days ago, we learned that Tory MPs earned over £4 millions between them in outside jobs last year, with Labour on £2 million and Lib Dems on several hundred thousand. And of course this is what Straw and Rifkind were doing. Sickening to ordinary people, who, on the national minimum wage, would need to work for 164 days to earn what "Sir" Malcolm thinks is a normal rate for one day's work.

Labour are calling for MP's to be barred from having a second job. Fine, but we need to see more than that - we need MPs to be put on the national average wage so that they finally have some connection with the mass of ordinary people and what is happening to them. We need to ban second homes altogether - set up a couple of large, comfortable and properly equipped hotels in London and let them stay there free, but don't pay for anything else.

Time to have politics that are about real life again. Time to sweep away the "political class" that has established itself as a parasitic gatekeeper for the super-rich and corporate elite to guard against the wishes of voters.

Time to sack Mister Sleaze. But if you want new politics, you need new politicians too.
You can choose in May. 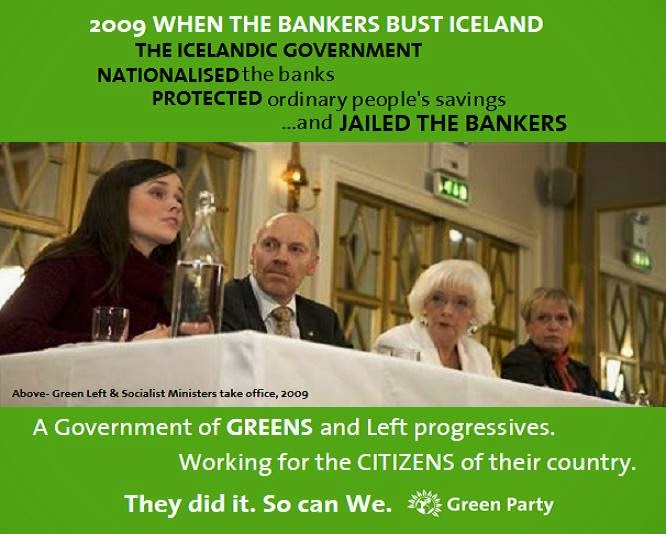 
Over the last few months, initially quietly but surely picking up pace, the Green party saw its poll ratings for the 2015 General Election rising.

Back in the midst of the European election campaign, where the Greens were polling well for the P.R. elections, their UK election ratings were still stuck around 2%, with the odd jump up to 4% or 5% seen as a bit of an aberration. But one sticks out in my mind - on 14 May, Ipsos Mori reported a Green vote of 9% for the Euros AND 8% for Westminster.

It was such a leap, such an apparent "outlier", that few believed it, and some other polls just after took us back down to 3% or so. But, in the weeks after a creditable if disappointing Euro-result, Green membership rose steadily and by August was nudging up to 20,000 from 12,000 or so a year before. Then, after the Scottish referendum, with politically empowered Scots leading the way with joining up to anti-establishment parties, further south the Greens began to see not a flow but a surge of new members seeking to join a radical left of centre option as opposed to the rightwing UKIP. And when both the broadcasters and the established parties initially refused to include the Greens in the leadership debates for the 2015 General Election two things happened - party membership rocketed, at one point with one person joining every 14 seconds and the membership site repeatedly crashing from over-subscription. By early February, there were 52,000 members of the Greens in England & Wales, with a further 8,000 in Scotland and several hundred in Northern Ireland. With a combined UK total in excess of 60,000, Greens far outnumber now the 42,000 UKIP-ers and 44,000 official Lib Dem members.

The second thing that happened was a steady rise in the polls so that by the end of the year the Green Party reached 11% in one and is now regularly polling ahead of the Lib Dems. The UK polling report average poll of polls now stands at 7% for the Greens compared to 2% a year ago. 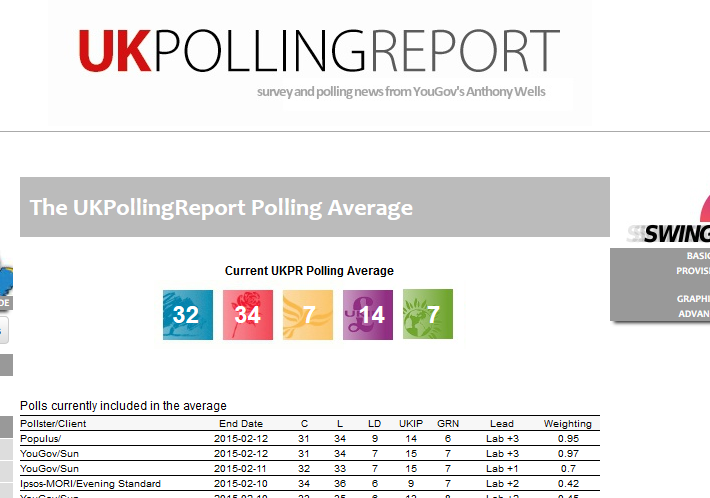 And this last week, we saw yet another breakthrough - tentative, a figure within a figure, but perhaps like that poll of 14 May last year a sign of the times to come.

Ipsos Mori published a poll on 10 February with a headline figure of 7% for the Greens, who were in fourth place ahead of the Lib Dems with UKIP on 9%. But that was a figure for those absolutely certain to vote. Among those in the slightly less emphatic category of intending to vote, it was a different story: the Greens were on 9%, in third place nationally. UKIP had 8% and the Lib Dems 7%.

Not a massive lead, and within any margin of error. Yet ten months back, with UKIP polling at 27% in the Euros and the Greens still viewed as a minor party for Westminster elections, who could have imagined that it might even be possible?

As the voteforpolicies website shows, when people vote for policies blind to which party they are from, the largest number choose the policies of the Green Party. And in spite of the rubbish thrown at us in recent weeks by the rightwing commentariat and the Labour Party Anti-Green Party Unit, our ratings have consolidated and continued to grow. People want change - but not the fear-driven change promoted by UKIP and the Tories, or the continuing austerity endorsed by Labour and the Lib Dems. They want a fairer society, one where people look after each other, accept and enjoy difference rather than fear it, and where we work with nature rather than constantly damage and destroy it.

If you want to see what Greens worry about...

Watch this video. It is from the Climate Council of Australia. In three minutes, you can see what capitalism is doing to our world. Not just to whales or some distant trees, bad enough though that would be. But rather all ll around us. With its ceaseless expoitation of our world in search of ever greater profit returns and its continued addiction to oil and gas and their attendant warming gasses, we risk a 4 degree rise in temperatures by the end of this century - an increase that will spell the end of civilised life on our planet.

The worst will likely come when most of us alive now are dead and gone. But don't count on things being nice and smooth between now and then, with a sudden exponential rise just as your kids retire. 2014 was the warmest year since records began - and the graph is continuing upward with all the problems of food shortages, price increases, lack of water over large swathes of the planet. And coming soon after, mass migration like we've never seen along with famine, disease and of course lots of conflict.

Pretty gloomy. Yet not inevitable if we switch to an economics of sharing and greater equality, and source renewable ways to produce our energy using an arrany of solar, wind, wave, and other clean forms of power. No more oil and the oil wars that go with out addiction to it. No more massive carbon emissions. Let the dead dinosaurs rest where they lie.

We can have a better, happier world. Not one of the sackcloth and ashes puritanism that the rightwing media accuse the Greens of wanting; nor the descent into violence and anarchy promised by rapacious capitalism as everything spirals into scarcity and eco-catastrophe. We can have instead a world based on equality, co-operaton and mutual support - the very things that are natural to our species but have been twisted so badly by our warped economics.

We can save our species and help it towards a much brighter future. And though we may not be there, we who are here now are perhaps the last generation who can do anything about it in time.