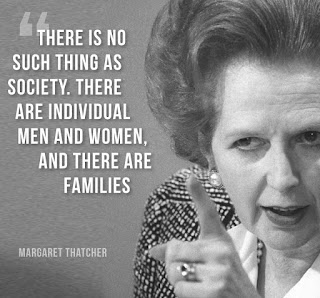 I watched a program about coronavirus in Italy last night. So sad, seeing an 18 year old guy on a ventilator and a teenage daughter sobbing with fear over the safety of her two doctor parents. While here we have Bournemouth and in the USA people coughing over others to proclaim their right to not wear masks.

I remember the start of the Aids pandemic. It was new. It touched gay men especially, at a time when they were stigmatized even more than now, some even having been to jail for their sexuality in the not so distant past.

And I remember the panic, the fear and discrimination. I remember the plastic gloves put on the board in the staffroom where I worked in Liverpool for us to wear in case a customer bled on some of the building society's money. I remember the obscure iceberg adverts and the prejudicial bile smeared over tabloid front pages. The horror when Diana touched "these people".

And I remember the dead. So very many of them.

There was prejudice aplenty and alongside that discrimination and lack of care. But one thing stands out - no one doubted Aids was real. No one said it was invented or caused by TV ariels or whatever. No one said it was made up. No one said it didn't pose a danger, although admittedly there was plenty of misunderstanding and exaggeration, a good dollop of it the product of homophobia.

But now, 30 to 35 years on, as covid spreads, what has happened to us? Tens, hundreds of thousands die while millions have been on ventilators or at death's door, yet tens of millions more ignore simple safety measures, demand the right to have a haircut or get to a pub. They've not been sick. They don't personally know any corpses. They want a f***ing burger and they want it now.

We shouldn't be surprised. For 30, 40 years, our rulers have told people to look after themselves.  No such thing as society, community is the nostalgically misplaced wetdream of smug liberals' imaginations. If you have a hard time, it's the fault of migrants, shirkers, malingerers and thieves.

The private has replaced the public. The individual trumps the collective.

So if you've not been sick.... Or maybe even if you have been, mildly... Other people's problems aren't yours, though maybe they are inconveniences, problems in themselves. Why should you stay at home, or wear a mask, or miss a pint or haircut or the sales...?

It's actually wildly against human nature not to care, not to help. The folk who claim otherwise are misguided or signed up sociopaths. Our nature is to pull together, to hold each other up. The archaelogical table, historical records, psychology, even faith... All speak to the essence of homo sapiens being our social nature, our compassion and empathy, our ability to see ourselves reflected in the eyes of others.

Apart of course from when we've been subjected ceaselessly to propaganda saying we don't, that we are inherently selfish and need to look after ourselves as otherwise no one will. When we have been excluded, stigmatized, fed a diet of hate by supposedly responsible media and with ultimately anti-social "social media" amplifying rumour, innuendo, conspiracy, threat and downright falsehood multiple times over, the common breaks down and the individual stands, and falls, alone. Thatcher's legacy comes finally to its toxic fruition in a bleak, terrifying wasteland.

But set aside our inherently good Nature, our compassion and empathy. Atomise our society, look inwards and destroy the solidarity and deny the common good, and one day the problem, the barrier bayed at by the Angry, the scapegoat driven into the Wilderness...
Today it may seem a ridiculous thought, but it could so very easily be you. 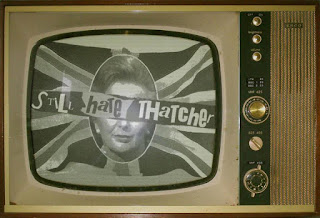 In he goes, into the water,
Into the Sea
This Merchant Of Death
Touting slavery.

Built on black backs
This memorial scar
An idol of vain Self
In dirty copper.

In he goes, into the water,
Into the Sea.
And history's unchained,
Unbound. And free.
Posted by Viridis Lumen at 01:26 0 comments

Sarajevo On The Potomac 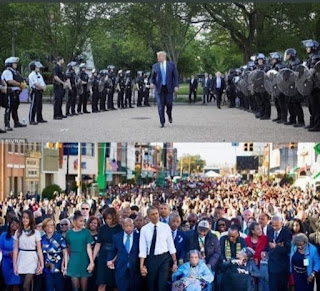 The Obama Presidency sadly masked the enduring nature of US empire with a purely symbolic change - the wars, racism, inequality and poverty continued largely as before. Yet the appalling carnage of the last week points up how completely Trump has shifted the narrative from one of hope for a better future, however vague, to a grim fascination with division, oppression and violence.

When he held up a Bible the other day, his sneering face with its narrowed eyes somehow told you that he'd be far more likely to beat you on the head with it than actually read its contents. This display was the epitome of what his craven mate Nigel Farage refers to as "muscular Christianity" - nothing to do with the Gospels' messages of love and justice, but everything to do with sanctifying a cultural mindset of White Power. A monoculture, exclusionist, racist to the core, even if so many of those fronting and following this barren, joyless concept somehow typify the unhealthy mundanity of the stupid white men they usually are.

Trump even now is not Hitler - he is not as coherent or planned or darkly intelligent. Rather, he is the Milosevic or, yet worse, the Radovan Karadzic of our time, but with far more firepower and no imaginable UN peacekeeping force on the horizon. Bathed in the flames he has fired, Washington D.C. so easily morphs into today's Sarajevo while Minneapolis teeters towards a future Srebernica.

The savage Bosnian war in the mid-90s, sparked as the federal state of Yuogoslavia unravelled in a matter of weeks, is as apt a comparison as any, however chilling the prospect. For, with its suborning of Christian symbols to promote racial supremacy, its "ethnic cleansing" of Muslims, its massacres in Visegrad, Prijedor, Foca, Srebrenica and scores of other once peaceful Balkan valleys, its tinpot warlords and its narcissistic, psychopathic  President - this was always the canary in the coalmine, screaming out where the post-Soviet neoliberal "New World Order", as Bush senior lauded it, was always going to end up.

Well, destination reached, and it has long been in view. This is the tomorrow these men promised and many others enabled, whether by collusion or indifference.

What will you do about it?
Posted by Viridis Lumen at 13:48 0 comments