Travels In Time And Space: Cummings to be new Dr Who!

Dominic Cummings, adviser to Boris Johnson, has landed the prestigious part of the new Doctor Who.

BBC producers insist that this is not to mollify the eugenics advocate and former night club manager's plans to castrate the corporation, but is rather down to his ability to be physically present in two spaces at the same time, as well as his astonishing power to cure covid without so much as a twist of his sonic screwdriver.

Who could have failed to be moved to tears just four weeks ago, as the BBC gave his wife, Spectator journalist Mary Wakefield, a special slot to talk about how she had fallen to her knees and begged the Timelords to spare her gravely ill partner? Who wouldn't have had to stifle a sob as she recounted how, after rushing home and bravely nursing her, he struggled breathlessly with the apparent insolence of the covid virus in daring to infect a genetically superior body like his ripped torso? As the presenters choked back their grief, she compellingy described his existential battle, seemingly confined in their London home, something she later wrote more about in her rightwing magazine.

Yet at the same time, neighbours of Dom's parents were peering over their hedge 260 miles away on Teeside to observe the Master Race's mightiest hoofer bopping to a high volume outdoors rendition of Abba's Dancing Queen in his age-vulnerable Mum and Dad's garden. Given that he had until then been apparently hovering between this world and the next, some have speculated if he may have been undergoing some form of regeneration process.

It was this astonishing ability of Cummings to alter the very fabric of truth and reality, while also dispersing any traces of shame or hypocrisy at a sub-atomic level, that apparently swung him the part. "And he comes complete with eccentric clothing," a BBC spokesperson enthused, though adding wistfully, "At least, when he actually wears some."

She did go on to admit though that scriptwriters are in crisis conference trying to work out how to explain to Cummings that "exterminate!" is in fact the catchphrase of his dalek enemies and that it would not be a good plot twist for the new Doctor to put them in charge of managing care homes.

A World Made Small 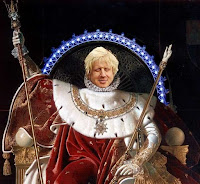 Once I dreamt
Of galaxies of fire
Streaming stars of possibility
And supernovas of desire.

A future potent
with hope of a dawn
that would never set
Never darken again.

But you with golden locks
And loafing, languid mind
In oak-dark boardrooms
Spun while all declined

Exhaling tyrant breath
In dreadful mirth
At fate's misfortune -
Your accident of birth.

Bumbling and fumbling
Like an adolescent in the dark,
In a world made small
By your jolly jape, your prefect's lark,

Like a cuckoo in straw,
You might bluster and fluster
And wheeze and deny
With all the deceit you can muster.

But the lyre is broken,
Curtains torn in Empire's hall,
Your days draw late
Whispers echo in coming Fall.

With empty heart and hollow eyes
What spectres you must flee,
In this once-sceptred Isle
Set on a septic sea.

But no Antony, only Brutus
Shall the tin throne attend,
A kindless, covid kiss
Thy final, foolish, bloody end.
Posted by Viridis Lumen at 05:00 0 comments 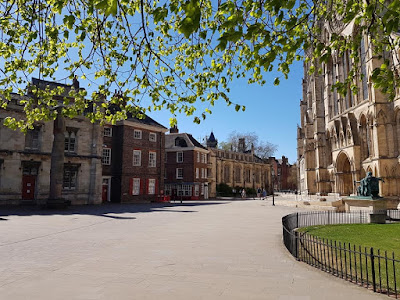 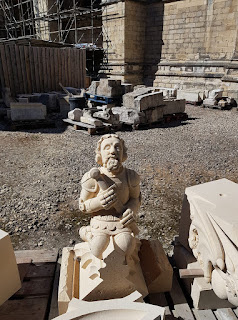 As we stumble about wondering what we are allowed to do and where we can go, here are some scenes from York in simpler times of total lockdown a couple of weekends ago. Normally packed streets devoid of all but the occasional passing jogger or cyclist. And a little gargoyle waiting at the Minster for work to resume one day.
I am fortunate indeed to have this beautiful environment easily in range of a walk for my permitted daily exercise, doubly so to experience it so deserted. It speaks to how well people are continuing to respond to the need to protect not just ourselves but our vulnerable fellow-citizens from the coronavirus.
And also, as I could hear pigeons rather than people as I walked along Parliament Street, it points up how quickly nature will fill any vacuum left by humans.
Perhaps we are on notice. 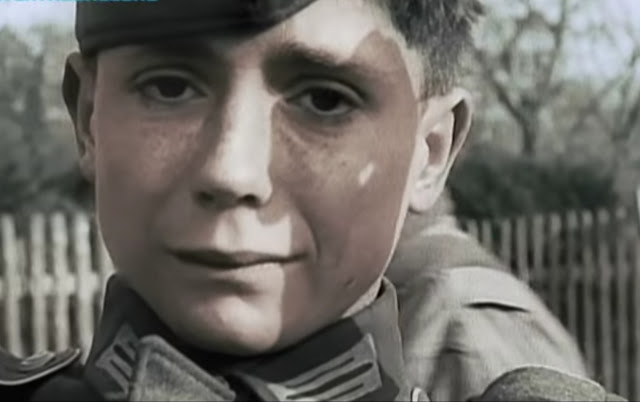 Who were you?
What did you do?
And what did you see
With those haunting, haunted eyes
That plead even now with me?

Perhaps it was just a big boys' game
Or you longed so much to be the same
As the Neu-Men in dark blue
Their jutting jaws and snarling teeth
Calling out to you.

Who were you?
And what did you know
At the bitter end of it all?
A thousand years not to be
And still-life to live, at tyrants' fall. 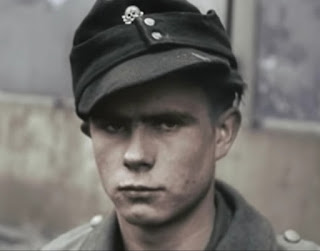 75 years ago, the Battle of Berlin had just ended and in less than a week the war in Europe would be over. But for many of all nations, their personal struggles to comprehend themselves and their past were just beginning.

From January 1945, the Nazis had stripped the schools of all boys and some girls aged 13 and above to fight alongside elderly conscripts in the Volksstrum, the People's Army. In the previous year, a special 10,000 strong SS Division had been created of 16 and 17 year olds and, deployed to Normandy, became infamous for its particularly cruel treatment of prisoners.

As many as 25,000 German children took part in the defence of Berlin with casualty rates in many units as high as 80%. Elsewhere, a million school age troops were deployed with little training and often few weapons against far superior Soviet soldiers. Raised in Nazi schools and steeped in its mythology, they often fought to the bitter, fatal end.

But many also survived. The Americans even took the surrender of an 8 year old boy. Their bewildered mixture of anger, fear and confusion is evident in their Prisoner of War photographs. Yet these children made old before their time were far from unique to the Second World War or to the Nazis: even today, there are around 250,000 child soldiers, 40% of them female and all of them frequently subjected to a wide range of physical and psychological abuse. Although declared a crime in international law after 1949, using children in war remains to this day a frequent stain on all humanity. 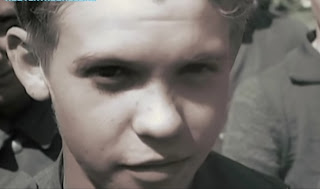