"Their hearts are far from me" - A Very Tory Christmas 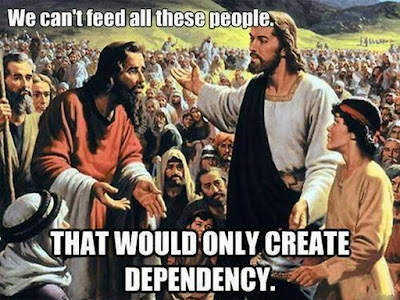 "Whoever claims to love God yet hates a brother or sister is a liar. For whoever does not love their brother and sister, whom they have seen, cannot love God, whom they have not seen" - John 1, 4.20


As usual, our political leaders have seen fit to bless us all with a Christmas message. Why they think we want to hear from them at this time of year, who knows?

There's Lib Dem Vince Cable, wandering about in a long black coat and a fedora, like some vampiric George Galloway, bothering homeless people with his sudden shock that they are sleeping on the streets. Meantime, Jeremy Corbyn is hailed as the Second Coming by some of his more fervent followers, but in spite of his shared initials with a certain other JC, his elevation is more akin to a slightly baffled Life of Brian than a would-be King of Kings, and his message is suitably personal, asking people to look after their neighbours and not let anyone be lonely this Christmas. He may not be the Messiah, but he is ready to stand up to Elvis.

But the one who takes the biscuit, and the whole Christmas pud, is of course our dearly beloved Prime Minister, Theresa May. Not only does she issue her sermon sitting in regal pose, she invokes Britain's "Christian heritage" and talks of love, service and compassion lived out every day in Britain. Darkly, she warns of Christians persecuted in the Middle East.

Yet perhaps Saint Theresa should stop and think why, in Alistair Campbell's infamous words, Prime Ministers shouldn't "do God"...

Because when she talks of compassion, hers is the Government that has plunged four million children below the poverty line. It is the government that has presided over the exponential rise of foodbanks in this, the 5th or 6th richest nation on the planet. It is the government that, when May was Home Secretary, locked up an Indian couple who came on holiday to the UK because the wife had her degree certificate with her, leading to suspicion she might be looking for a job; then kept her detained even after her husband died in custody and she begged to be allowed to take him home for his funeral...

And as for Christians persecuted in the Middle East? While contrary to the common portrayal, around 15 million Christians in Middle East countries live and worship - the church in Iran is small but actually growing in numbers - there clearly is persecution in several Arab states. By far the worst is Saudi Arabia, where the practice of any faith other than Islam is illegal. Yet it was the Saudis to whom Mrs May personally flew to promote arms contracts worth billions of pounds.

So when Mrs May talks of Christian values, she may want to reflect on the deeds and acts attributed to the founder of Christianity. For Jesus Christ's teachings don't seem to bode too well for a Government that puts profit before people and stigmatises the weak and vulnerable.

Tories rail against "health tourists"; Jesus taught the need to give medical help to foreigners without asking for payment (The Good Samaritan). 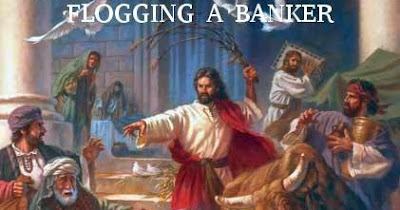 Tories test disabled people to check if they are lying; Jesus healed them without questioning them.

Tories have set up all sorts of tax dodges for the rich; Jesus told people to pay their taxes (render unto Caesar).

Tories praise the accumulation of wealth; Jesus flogged financial speculators. (The cleansing of the temple.)

Theresa May quite possibly prays for God's aid every day for all we know - given the mess she is in, who could blame her? Her own faith is clearly lifelong and there is no intention here to question the sincerity of her personal belief. But it is manipulative beyond belief for her to try to associate herself with values she then attributes both to to the nation as a whole, and to God.

Of course, May wouldn't be the first leader in the world to try to use religion for political ends - but those who have done so have rarely found a happy ending.So no, she's not the Messiah either...

(Jesus) replied, “Isaiah was right when he prophesied about you hypocrites; as it is written: “ ‘These people honour me with their lips, but their hearts are far from me.' " - Mark 7.6

Happy Christmas!  (n.b. this salutation does not represent or claim to represent any endorsement by any Divine Being. All wording contained herein, however penetratingly insightful, is of purely temporal origin.)