Beating Boris - YOU can do it! 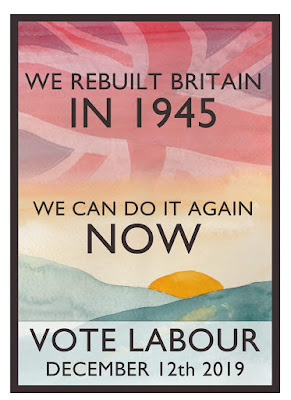 Tomorrow I will vote Labour.
In our constituency, it is the only way to stop the Tories - we have an excellent Labour MP, but with a small majority. I'm not a Green member now, but green issues are still central to my concerns and Labour's Green Industrial Revolution is a good, but imperfect, step forward.

We have a great Green candidate standing too, and it is really conflicting to not be voting for him. If Labour would commit to electoral reform, this dilemma would of course be gone - and Tory governments with it. Conservatives last won a majority of votes in 1931, but have governed for 58 out of the 88 years since.

But for now, stopping Johnson has to come first. Please read and share the brilliant piece below from a Labour activist, Jasmine Kennedy.
Kick the Tories out!!

What's the point in all of this really? Why should I try to do or achieve anything if she's not here to tell me how proud she is? Will anything I do really make me feel happy ever again?

At times, my nana was mistreated in a country with a private healthcare system that prioritises profit over people. She was sold expensive medicines that worsened her condition. It took moments from us. Chats we should've had, nights at the bingo, that holiday we were going to go on together. Things that don't seem all that significant until you realise they'll never happen again.

The NHS saved her life more than once. It gave us moments we otherwise would've lost. The day I drove her to Scarborough (the long way round so she could see all the green of the countryside that she loved), the time I showed her a photo of the crowd I’d played to at a festival and she beamed with pride, the day she took me to see the point where the Atlantic Ocean meets the Caribbean Sea. Things that I'll always remember. Things that will never happen again.

In a way I'm lucky. Aged 26, this is the first loss that has really hit me in this way. One that's had me crying at least once every day since the 15th October. One that's had me thinking endlessly about how we only get this one, short, precious life and how we deserve so much better. So much better than what we've been given over the past 9 years.


It's about the moments we stand to lose, and the ones we could gain.

It's about hope. I believe that a better life is possible for many of us. We can and should be living happier lives. It shouldn't be a battle. We shouldn't have to beg to be treated fairly. Kindness and compassion shouldn't be considered radical. We should be living not surviving. And there's more than enough resources in this country to make that so. We have the opportunity to vote for a government that wants to make that so.

My nana spent so much of her life trying to make this world a better place. A committed activist, the first black woman to receive a TUC gold badge for her services to the trade union movement, despite every card that was stacked against her she fought to protect and improve the lives of others and to live her own free from injustice. I would betray her memory if I didn't commit to doing the same.

For all these reasons and more I'll be voting Labour with all of my broken, hopeful heart on 12th December and encouraging everyone I know, and many I don't, to do the same. 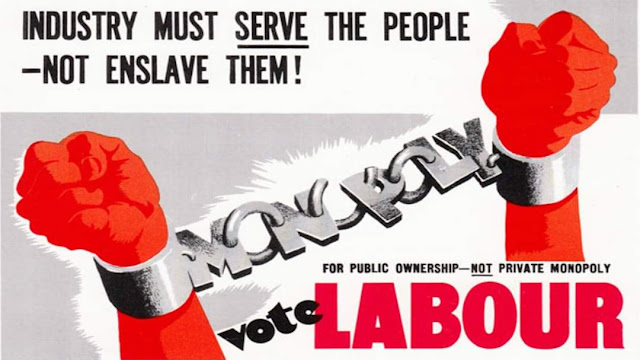