Just a friendly warning. Don't make the same mistake I did earlier this week....


28% rating on Rotten Tomatoes is more than generous.

I guess not having seen Man of Steel didn't help, but this latest issuing from the DC franchise appeared to be a sort of mash up of sequences from all the other Superman and Batman films ever made, inserted in entirely random order. Jesse Eisenberg impersonates Heath Ledger visiting what looks like Sydney Opera house but is actually a Kryptonite spaceship (I think) to get something important in order to do something bad. Meanwhile Ben Affleck tries his best but not so good take off of Christian Bale, growling deeply meaningful phrases like "My parents taught me life only has meaning if you make it." (a sentiment equally applicable to this film).

It is never clear why the two superheroes dislike each other so much - some sort of misunderstanding between Batman's habit of branding paedophiles and Superman's involvement with a rendition programme on the face of things. It culminates in a chaotic fight where Batman is set to bash SuperQuiff to death with a toilet cover. How the mighty have fallen!

Into the middle of all this, for no clear reason, someone arrives who I thought was meant to be Xenia the Warrior Princess but turns out to actually be a leather-togged version of Wonder Woman. She has some gurning friends, one of whom lives in a sunken ship and prods anything that comes close to him with a trident. Who knows why? We never see him again.

The theme score by the omnipresent Hans Zimmer isn't bad, but does lend this mish mash of high speed scene changes the fullest sense of being a shot at the longest music video in history. Complete with moody Bat dreams and Super-brooding - who needs kryptonite to squeeze the franchise into senseless oblivion?

But, perhaps most implausible of all is the conceit that a committee of American senators would spend time agonising over the deaths of some Arab civilians. Utter fantasy if you ask me....

My Daddy Was A Tax Dodger 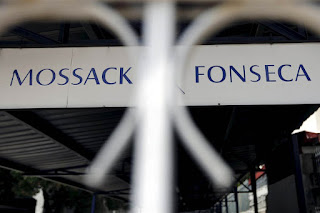 Know that'd not be so clever

With fullest apologies to The Clash...