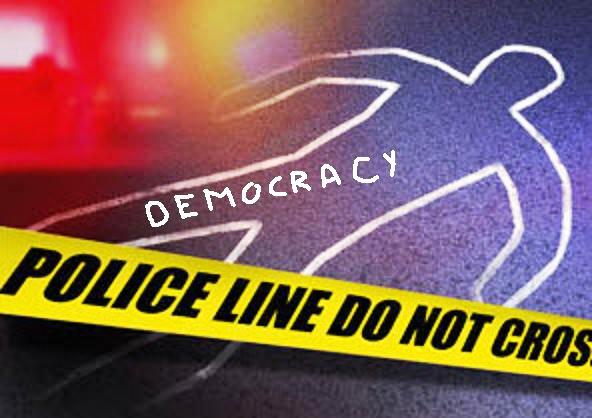 So the most low key election in British history apparently takes place today as 41 Police & Crime Commissioners are elected for the first time across England and Wales. In an election that has cost £100 millions of taxpayers' money to hold in the dark of early winter, with little or no publicity, a combination of near-total voter lack of awareness combined with disillusion with the whole idea is likely to drive turnout down - one survey suggesting a turnout of just 15% may yet be over-optimistic.

No one asked for these posts, and only the Lib Dem wing of the Coalition wanted them at this time - apparently banking on the idea they could mobilise proportionately more supporters at this time of year than Tory or Labour. This is a strategy that has manifestly backfired as they now lack any significant support - recent polls have them hovering at 8%, often in fourth place and sometimes with the Greens withing spitting distance of driving them into fifth.

So we have elections no one wants for posts no one wants and candidates no one knows anything about. But 41 of them will be the lucky winners of annual salaries of £100,000 - nearly 50% more than MPs get and 9 times what local authority councillors receive for working 30 hours per week. As blogged before, they represent an unwelcome centralisation of scrutiny of the police in the hands of one person rather than the cross section of councillors, experts and community representatives in the current Police Authorities. This could lead at one extreme to an overly cosy relationship with the local Chief Constable through to populist grandstanding on complex issues that could compromise the police and divide communities.

What to do then? One group is advocating that rather than voting for any of the would-be Commissioners, voters opposed to the idea should not stay at home but rather should turn up at polling stations and spoil their ballot papers. They are recommending writing a statement along the lines of "No to Police Commissioners, Yes to Democracy" or something similar that makes clear it is a deliberate spoiling of the paper to make a point rather than a simple mistake. The group was established on Facebook by Greens and others following a debate in Leeds. It has a Facebook Page, Spoil Your Ballot Papers for the Police Elections, and a Twitter hashtag of #spoilpoliceballot. It's not too late to join up or comment.

Spoilt papers are separated and counted - often, they are shared with the election candidates and their agents and typically include mistakes like people voting for all the candidates or signing their names on the paper. Some put comments like "None of the above" or often more, shall we say, colourful statements of their views on the process. Spoiled ballots are not counted towards turnout however, so taking part will not increase the figures for the elections' turnout.

Some countries, like Australia, allow this option as a right, while other countries, such as Russia, require minimum turnouts of 50% before a candidate can be elected. Sadly Britain does neither, but it is perfectly legal to go and spoil your ballot paper and make a point. It shows you care enough to turnout and show your opposition - and its better than daytime TV.

Go on, take a walk, and spoil your ballot paper - you know it makes sense! 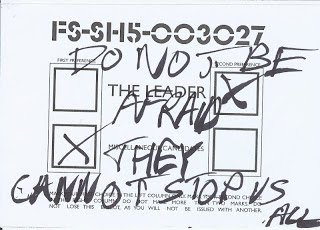