Lest We Forget - No, poppies aren't banned 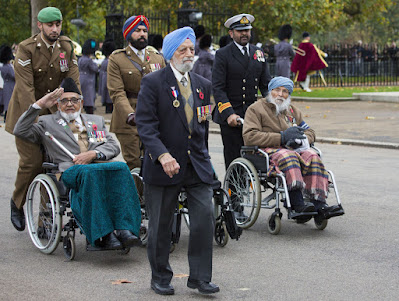 Every year, it seems to come a bit earlier as the nights start to draw in, the birds head south and we scour the forest floors for firewood...

Yes, you know what I mean. The invidious social media posts telling us the British Legion aren't selling poppies in "certain areas" (never your own of course, somewhere else) because they are "offensive to some minorities" (unstated which, but Muslims and non-white people are clearly in with a shout). British people (as long as they're white) need to "stand up and take back" our (Belgian) poppies.

And yet again the British Legion will explain this is not true. As it has had to do since at least 2016 if not earlier.

Remembrance Day and poppies commemorate all the fallen. Contrary to the "Britain stood alone" (apart from a posh white Canadian and a jokey, similarly pale Aussie) narrative of the movies and the media, in fact the British were never alone.

The British Indian Army (recruited from what is now India, Pakistan and Bangladesh) contributed 2,500,000 soldiers to the British wartime army, about a quarter of the total - twice the numbers from Australia, Canada and New Zealand combined - and the largest volunteer force in history. Half a million of them followed the Islamic faith.

As well as being a decisive factor in the war against Japan, Indian and Pakistani troops fought in nearly ever major engagement elsewhere, including El Alamein and critically at Monte Cassino, as well as D-Day and the Battle of the Bulge. Meantime, nearly 6,000 African-Carribean volunteers (including many women) served in the RAF and hundreds of thousands of troops from Kenya, Tanzania, Nigeria, Burma, Malaysia, and a range of other non-white states came forward to serve as allies. Tens of thousands of Muslims, Hindus, Sikhs, Buddhists and others died fighting fascism, even as the British government diverted food from imperial colonies, contibuting heavily to several million deaths from famine in Bengal in 1943.

The people who routinely plaster this annual lie on social media betray not only their racism, but their ignorance of history and lack of awareness of who is remembered each year. You can always find some hate speaker saying anything you like, but "some minorities" have never demanded that poppies be banned. Indeed, had it not been for the service of men and women from "some minorities", Britain would almost certainly have lost the war against the Nazis in 1941, just as the Wermacht was pouring into the Soviet Union and before the US entry to the war.

But, of course, in spite of their faux claims of patriotism, the fact is that at least some of these fake poppy ban posters might perhaps have been happier if the war against fascism had produced a very different outcome. Rather than the strain of two minutes silence, they might have preferred instead to join in some throaty, full-throttle "sieg heils" and then listen enraptured to the click, click, clickety-click of jackboots on the Mall. 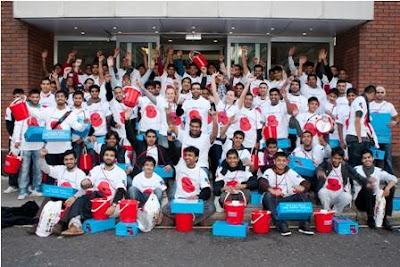 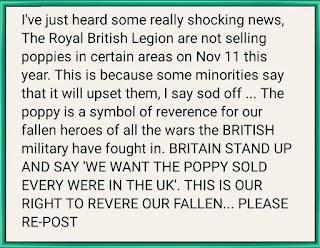