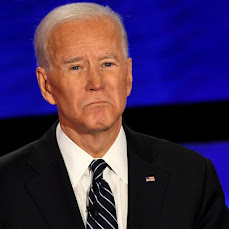 One week out from the US Presidential election and, not entirely unlike last time, the so-called progressive wing of the Establishment, the liberals and social democrats, their sponsors and media mates, have perhaps a little more cautiously than last time more or less called it for Joe Biden. Trump is toast, disintegrating faster than bone spurs in an X-ray machine.

Yet, while yesterday's Rasmussen national poll giving the incumbent Trump a 1% lead is still something of an outlier, most other polls, while giving Biden a lead of around 7% on average all show things tightening. With the impact of the efforts by Republican governors to effectively disenfranchise poor and black voters over the last two years, a tack seen on balance as favouring Trump, and the robust efforts to impair voting by mail in this virus-ridden poll, the result may yet be much, much closer than the broad left, and some traditional conservatives, might like to wish.

Certainly, it is far too soon to call the result – especially once you factor in the massive pile up of Democrat votes in relatively few big states set against the need to balance that with wins in smaller states to tilt the winner-takes-all maths of the Electoral College (the body that actually elects the President). As we know from 2016, the President does not need a majority of votes cast to carry the college. He just needs to come close and come ahead in the right places.

Taking a hunch, Biden on balance may probably win; and yet his victory will be a truly hollow one; less the routing of far right, neofascism and rather more the temporary stopgap Hindenburg provided against Hitler’s Nazis in their 1932 contest. That even now the outcome is actually still in question with Trump averaging the support of around 9 in 20 voters demonstrates that this vote will not conclude anything in spite of all the pious hopes of liberals for the USA to return to being “a normal country” and of their counterparts everywhere for “politics as usual”, a resumption of the comfortable spin of two sides of the same capitalist coin taking buggins turn at squandering people’s hopes and dreams and our planet’s resources and biosphere alike.

Biden’s legacy is toxic – from his active  backing of crime legislation that has incarcerated almost 3 million predominantly black people to work for free on behalf of the military and big corporations in a form of modern slavery under Bill Clinton to fostering the continent-wide fracking rolled out under Obama. Like many liberals his stance is that of a chameleon, from cold blue to hot red and back again depending on circumstances. And, in Biden’s case, it seems to also be who he listened to last - Bernie or Barack, Kamala or Hillary.

Trump has made much play of Biden’s memory issues. Some have seen this as a 74 year old man trying to disingenuously portray a 78 year od man as “past it”. But in truth Joe’s memory lapses extend far back in time to much younger days: this is a man who in his first run for President, way back in 1988, forgot to credit Bobby Kennedy when he used his words to invoke patriotism, forgot to mention he was quoting UK Labour leader Neil Kinnock when he asked why his wife was the first in her family to go to college and who somehow forgot that rather than topping his law class, came 74th out of 86 and, in a strikingly Trumpian outburst, told a questioner he almost certainly had the higher IQ.

Biden’s 1988 primary candidacy collapsed with his hubris and lies, but this year it seems the Democratic National Committee was so fearful of a truly transformational candidacy in the shape of Bernie Sanders that they set aside everything. From Joe’s economy with actualite through his son’s unquestionably dodgy dealings in Ukraine to the outstanding, un-investigated claim of sexual assault by him on a young female intern working in his office in the 1990s, it doesn't matter - all that does is that he isn't Trump.

Biden was credited as the winner of the final debate last week: most polls found him to have stood up to Trump, though relatively few were enthused by him. The debate was seen as treading water and unlikely to shift more than a handful of voters. And yet a throw away comment by Biden in the closing moments may yet prove to be disastrous.

Asked about climate change, Biden seemingly boldly announced he would close down the oil industry. Unsurprisingly, Trump suggested this was the big news of the night, leaving Biden stumbling to correct himself that this would be done “over time.”

It is true we need to shut down oil, but the fact is Joe Biden has no particular interest in doing so. Nor does he have much understanding of what might replace it. Where Bernie Sanders (or the Green Party Presidential candidate Howie Hawkins) might have talked about transitioning jobs in oil into renewables, Biden betrayed his lack of knowledge and even belief in the need to change by having little to nothing to say. It was after all, under the Obama-Biden Administration that the plug was effectively pulled on the previously burgeoning US renewables industry in favour of opening up the country to fracking - so much so that his now running mate, Kamala Harris, sued them unsuccessfully in her capacity as Attorney-General of California to stop them drilling off the seismically sensitive Pacific coast.

In the crucial swing state of Pennsylvania, once a Democratic bastion but in many counties now with a registered Republican majority, Biden’s confusion and slipperiness may be his undoing. For this is where liberal managerialism comes unstuck – it was precisely its detached elitism, foisting fracking on poor communities and now after they have made some modest economic gain from it in spite of their environmental catastrophes deciding to shut it down, that turned voters away from the likes of Hillary Clinton to Donald Trump.

Biden had established a narrow lead with the prospect of winning the state's vital Electoral College votes back, but on the ground Trump’s campaign by all accounts is reaping a swift dividend from Sleepy Joe’s apparent wish to now shut down the very industry he and Barak Obama imposed on the state. The very latest Pennsylvania statewide poll, out tonight, gives a 2% advantage to the President.

Donald Trump is an appalling, nasty, greedy, sociopathic narcissist. It is truly difficult to find any redeeming features in the man at all. Yet like Hitler, he has fed on genuine grievance and directed it to his advantage, however dissembling and disingenuously. Unlike Hitler, he has no ideology and is not as well organised, but that is not to say that, once he is gone, someone more coherent won’t emerge at the head of his huge and still very much intact base vote and the armed militias he has told to “stand by”.

That the Democrats have singularly failed to destroy him and his creed is proof enough that they have yet again failed to even begin to understand the forces that created him in the first place – because they and the corrupt elitism they represent and buttress are perhaps the primary force. They, like New Labour under Blair in the UK,  saw so many working class Democrats as having nowhere else to go and so eminently betrayable to the corporate interests that have bought the Dems lock, stock and barrel – so much so that a movement like Sanders’ socialist one was seen as a threat rather than the once-in-a-generation transformational opportunity that it was.

And if in the end Joe Biden just squeaks in, with a half-baked programme, a promise simply to not-be-Trump and a Supreme Court soaked in Tea Party bigotry, the next four years are already lost and the next forty seriously at risk. 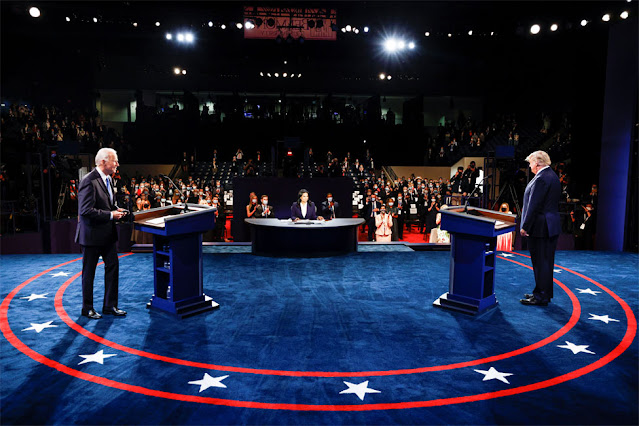